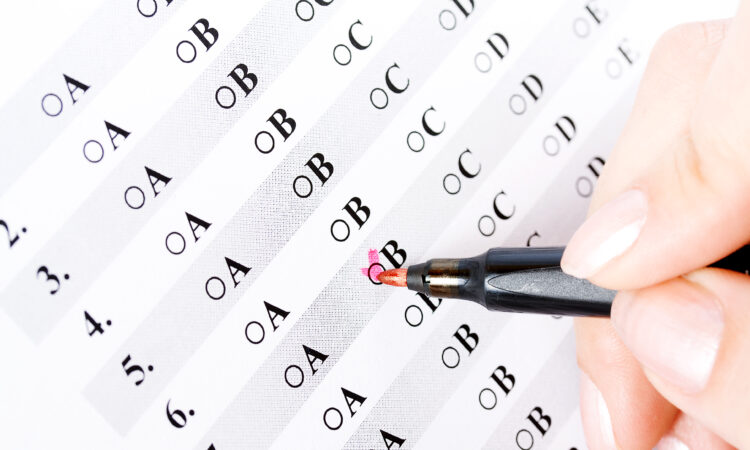 Hand with pen and test with a mark isolated

(And How to Bridge The Gap)

In a previous life, members of the academics team at Everydae tutored and taught thousands of students across a variety of subjects. Many of those students who were studying for the SAT or ACT received good grades in school. They just couldn’t crack standardized tests. And typically, for similar reasons as each other. Here are the most common student concerns below, with a little guidance for each:

“I’m an A-student, but I struggle with standardized tests.”

…Then develop a growth mindset.

Like any other activity, standardized test-taking is a skill that can be learned.

It isn’t something that you’re good at or that you aren’t. It’s something you’ll need to practice. Doing SAT practice problems, learning strategies, and taking practice tests are all vital parts of getting better at test-taking.

So is self-reflection! Think about where you struggle. Do you make careless mistakes? Run out of time? Or do you feel like what comes up on the SAT isn’t representative of what you’re learning in school? Each of those points to a different area to practice to help you grow your test-taking muscles.

…Then create a 3-step checklist.

This is probably the most common concern amongst students. If this is you, you’re not alone! The key with careless mistakes is that you can’t just let them slide.

Thinking “oh, I made a careless mistake and it won’t happen again” is not helpful. You can’t learn from thinking that way. Instead go through this checklist:

What mistake did I make?

I used a comma instead of a semicolon to connect two sentences.

Why did I make the mistake?

I didn’t look at the entire line to see that what came after the comma was a complete sentence.

What can I do so it doesn’t happen again?

Always look until the end of the sentence and figure out whether what comes on either side of that punctuation mark is a complete sentence.

What specific mistake did I make?

I forgot to distribute to both numbers in the parentheses.

Why did I make that mistake?

I wasn’t showing my work.

What can I do in the future to make sure I don’t make that mistake?

I can show my work.

This can seem silly and unnecessary, but the important step is step 3 — why did I make that mistake?

What are you going to change about how you’re taking your SAT practice test to make sure you don’t make the same mistake again?

Figuring out an answer to that (and then following through with that answer) will mean that you are unlikely to make the same mistake twice. The key with careless mistakes is that you can’t just let them slide.

…Then practice and prioritize.

In terms of practice, the only way you’ll eventually be able to complete the official SAT in time is if you’re doing timed practice tests. Take them all in one sitting, timed, and without distractions. That way you get used to the amount of time you’ll have on test day.

But you should also prioritize. If you’re trying to get a 650 on the SAT math section, that doesn’t mean that you need to get every question right. If you have no idea how to do a question, guess and move on. You can always come back to it later if you have time. But for now, make sure that you are at least attempting to do all the questions you know how to do first.

That also goes for students who are shooting for a perfect SAT score. We’ve seen far too many students who are reluctant to perfect their foundations because all they want to study are the “700-level questions.” Ignoring the opportunity to raise their floor in lieu of trying to break their ceiling, these students inevitably get frustrated when they don’t reach their goal score. Simply because they don’t know which skills to prioritize.

…Then take the initiative to learn it.

You’re right. It isn’t. Because the SAT is standardized, it’s not going to look exactly like anyone’s classroom tests. It will have in it (mostly) things you should have learned in school at some point. But some of those topics you might not have seen for a while, so you will likely need a refresher.

The best way to bridge the gap between your grades and your SAT score is to give the latter just a little more of your attention throughout the school year, instead of waiting to cram at the last minute.

Marc Feder is Director of Operations at Everydae, a self-paced digital tutor for high school students. It helps them build their skills, their SAT scores, and their confidence… all through 10-minute micro-lessons that feels like a game, not like a chore. Try it for free. 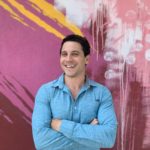 Marc Feder is Director of Operations at Everydae, a self-paced digital tutor for high school students. It helps them build their skills, their SAT scores and their confidence… all through 10-minute micro lessons that feel like a game, not like a chore.