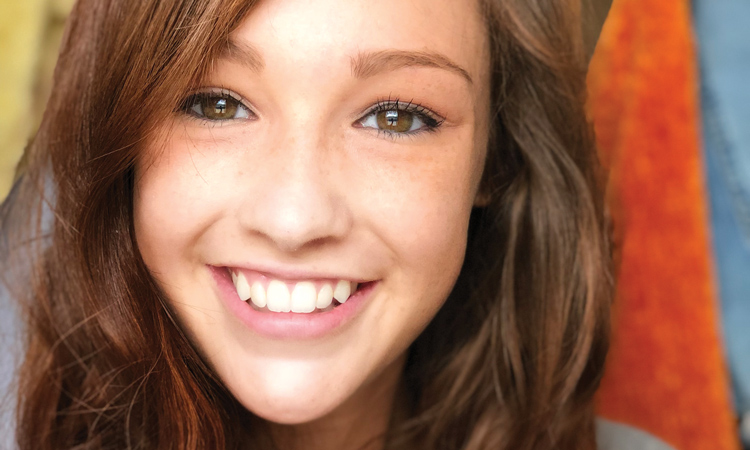 Let’s face it: Being a teenager is hard. The stresses of attending high school, learning to drive, applying for college, and just trying to fit in can be daunting. For some teens, that stress gets to be too much, and they may seek the help of drugs to cope. We know what you may be thinking: “Not my kid!” Or maybe, “None of my friends are like that!” The truth is, drug addiction can affect even the most “normal” of people. Meet Anna Alford-—senior at UAB, former sorority girl, and recovering addict. This is her story—from addiction to recovery.

Where It All Began

I was born in July 1995 to a loving family in Memphis, TN. When I was 9, my parents divorced. At 13, I began to experience deep depression and anxiety. I didn’t know how to handle it, so I started cutting and burning myself. At 14, I smoked weed, and stopped cutting because I’d found my fix. This is what I wanted to spend the rest of my life feeling like. Within 6 months of my first hit of pot, I was addicted to bath salts. In 2011, my sister was killed in a car wreck, and my drug use spiraled out of control. I was on some type of substance almost every single day for years.

Things got worse during my senior year of high school. Some of my best friends stopped hanging out with me (I’m sure it was related to my drug use) and told my school president what I had been doing. My school said that in order for me to walk at graduation and get my diploma, I had to complete a 3 month outpatient rehab. I cheated the drug tests, but I made it. I walked at graduation, but know I must have embarrassed my family. There were only 86 people in my graduating class- everyone knew why I missed 3 months of school. After graduation, I spent all of my graduation money on pain pills. A friend offered to inject the pills into me, and I didn’t hesitate. After that first shot, my life changed.

Miraculously, I got a scholarship to The University of Arkansas. I accepted it and joined a sorority there. I hid my double life well- sorority girl by day, junkie by night. In November of my freshman year of college, I tried heroin and fell in love with it. I went home for the summer, and started mixing meth and heroin. At this point, my dad had taken my car from me, and wouldn’t have a relationship with me unless I was not belligerently high on hard drugs. I don’t blame him. Within a month of being back home, I became really ill. I didn’t realize how sick I was because I was always either really high or experiencing strong withdrawals. My urine was brown, and my stool was grey. I went to the doctor and they tested my liver enzymes. They should be somewhere around 30-40, and mine were at 1,608. I had an acute case of Hepatitis C that I contracted from sharing needles. At one point, my hand was completely paralyzed, and doctors couldn’t tell me if I’d ever regain feeling or function.

I went to rehab in August 2015 at The Recovery Ranch near Nashville, TN. It was incredible, but I wasn’t ready to get sober. I used drugs again the day I got out. I was in and out of treatment centers in the Nashville Area for months until finally, on January 27, 2016, I was arrested for heroin possession. My mom bailed me out within a few days, and some family friends took me to a consultation at Bradford in Memphis. They immediately recommended I go to their inpatient rehab in Warrior, AL. I was resistant, but had run out of drugs, resources, and money, so I finally went at the beginning of February. My sobriety date is February 9, 2016. I had no desire to get (or stay) sober, but I finally surrendered and decided to try the whole Twelve Step thing. I went to a sober living community in Birmingham, and am now an employee there. The Twelve Steps saved my life. I got a sponsor, worked the steps, and began sponsoring other women immediately. During early recovery, I got into a relationship with a man named Drew. On May 10, 2017, he relapsed and died from a heroin overdose. I cannot put into words how awful losing him has been, but because of the Twelve Steps and the people I’ve met in recovery, I did not have to get high over it.

Where I Am Now

I have found my calling: helping addicts. I am a senior at UAB in the Social Work Program, and I plan to get a master’s and start working at an inpatient treatment center. The first thing I thought about every morning for six years was, “What do I have that I can take?” And if I didn’t have anything, it was, “How can I get what I need to feel okay and make it through today?” Now, I wake up every day and ask God to give me an opportunity to help others.

Q: What are warning signs of drug use parents should look for?

Q: What are some misconceptions about teens who experiment with drugs?

Q: What should teens who are experiencing drug addiction do?

Q: What piece of advice do you wish you could tell your younger self?

Anna Christian Alford was born and raised in Memphis, TN, but has found her home in Birmingham, AL. She is currently in the Social Work Program at The University of Alabama at Birmingham pursuing a career in the field of addiction recovery. She is in recovery from drug addiction, and has been since February 2016.